The Texas singer-songwriter who died on October 28th, 2020 was an integral member of the Outlaw Country movement. A favorite among music legends, Johnny Cash once called Shaver “my favorite songwriter,” while Willie Nelson declared, “Billy Joe is definitely the best writer in Texas.” Upon the announcement of Live Forever: A Tribute To Billy Joe Shaver, Nelson said, “He was just real; there wasn’t one phony drop of blood in him.” AllMusic called Shaver’s songs “among the greatest in the whole history of the (country) genre” while the Washington Post said, “When the country outlaws were collecting their holy writings, Billy Joe Shaver was carving out Exodus.”

SPIN shared Margo Price’s (ft. Joshua Hedley) rendition of Shaver’s “Ragged Old Truck” today. Price says, “I first met Billy in a dusty parking lot outside of Luck, Texas. I was drinking straight out of a bottle of Wild Turkey and he asked me for a pull. We talked for a long time about his songs. I told him my favorites were ‘Black Rose’ and ‘Ragged Old Truck’ and I said, that second one might have saved my life. I was in a deep depression when I first heard it and that song pulled me out. He put his hand, minus a few fingers, on my shoulder and said ‘Me too darlin, me too.’”

Variety previously shared Willie Nelson & Lucinda Williams’ rendition of Shaver’s signature tune, “Live Forever” alongside a feature with co-producers Charlie Sexton & Freddy Fletcher. Rolling Stone previously shared Miranda Lambert’s rendition of “I’m Just An Old Chunk Of Coal (But I’m Gonna Be A Diamond Someday)” and CMT shared George Strait’s rendition of “Willy The Wandering Gypsy and Me.” Of his contribution, Strait said, “It was an honor to be a part of this tribute to one of Texas’s best. He got down deep into the very soul of country. RIP Billy Joe. See you down the road amigo.”

From his album liner notes, co-producer Freddy Fletcher wrote of Shaver, “His influence on the greatest of artists is what inspired this project. The album is a testament to his words and their deep impact on wonderful songwriters and performers. He’s a hero to so many, and we are honored to pay homage to his legacy.”

On the topic of songwriting, Billy Joe Shaver once said “when you write songs, and you write good songs, people will always remember you. Words will always outlive us. And if your name is attached to those words, you’re gonna live forever.” 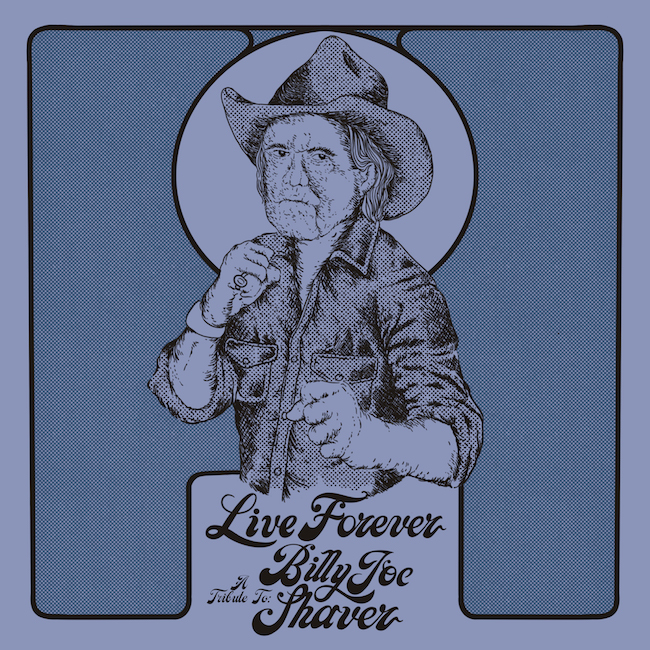 4. Miranda Lambert – I’m Just An Old Chunk Of Coal (But I’m Gonna Be A Diamond Someday)

5. Edie Brickell – I Couldn’t Be Me Without You

6. Nathaniel Rateliff – You Asked Me To

7. George Strait – Willy The Wandering Gypsy And Me

12. Allison Russell – Tramp On Your Street