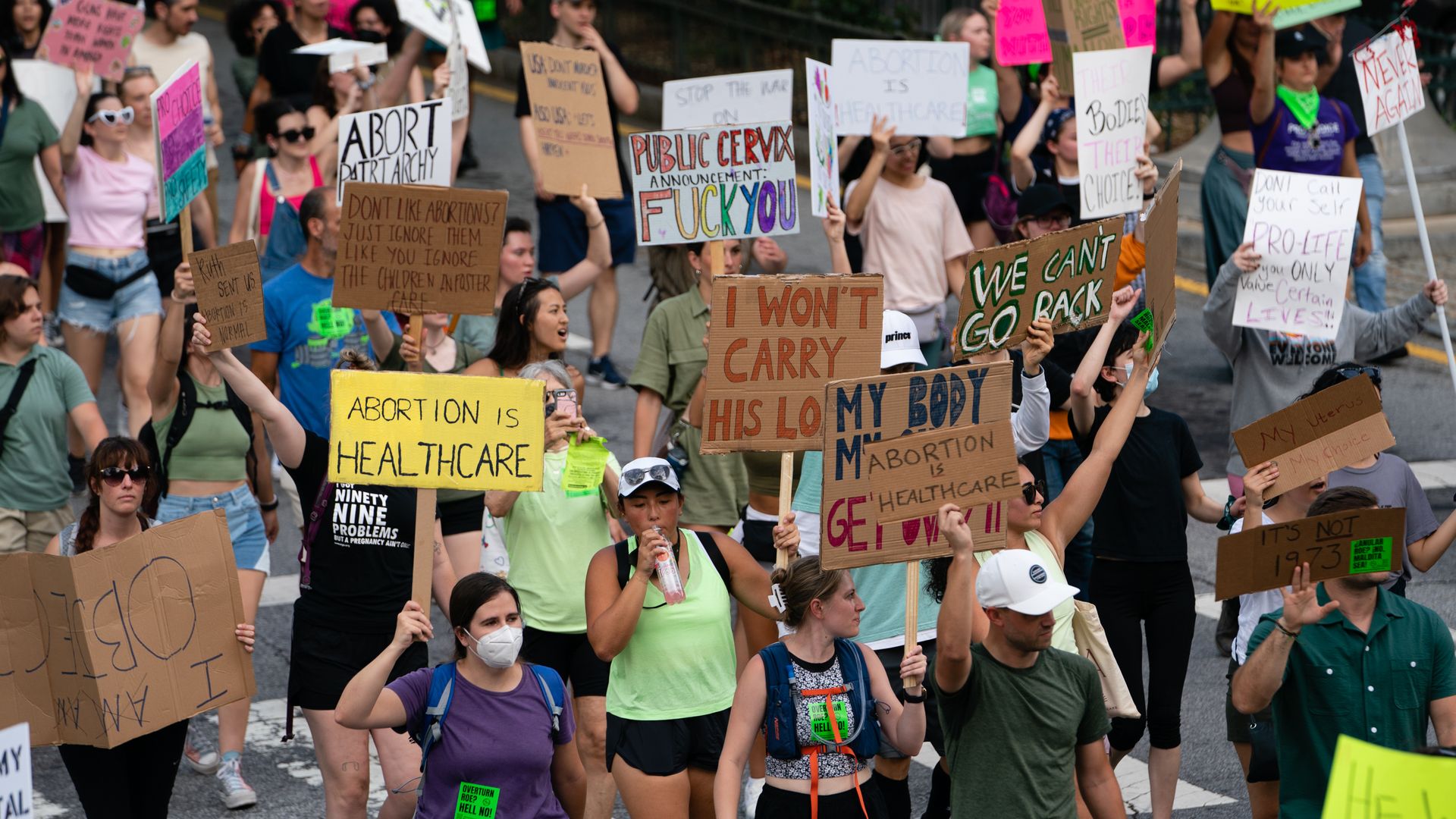 The Georgia state Supreme Court on Wednesday temporarily reinstated the state’s six-week abortion ban, which had been struck down by a lower court last week.

The big picture: The Georgia attorney general indicated they plan to appeal last week’s decision on the ban shortly after it was issued. They simultaneously asked the state supreme court to temporarily “stay” the lower court ruling and reinstate the law in the meantime.

What they’re saying: “While disappointing and deeply frustrating, we were not surprised when the Kemp administration filed a petition for an emergency stay following last week’s ruling,” said Monica Simpson, executive director of SisterSong Women of Color Reproductive Justice Collective, the lead plaintiff in the case.

Details: Last weeks’s decision from Fulton County Superior Court Judge Robert McBurney ruled that the law was unconstitutional because it was signed into law in 2019, when Roe v. Wade and other U.S. Supreme Court precedents were in place and prohibiting the regulation of abortion before viability.

Catch up fast: The law took effect in July, shortly after the Supreme Court overturned Roe v. Wade. It had been blocked since 2019.

What we’re watching: This afternoon’s order is a temporary measure. The state attorney general is expected to file its appeal brief, and the justices will then review the appeal and the merits of the lower court ruling that struck down the law.