Another Doom Title Gets the VR Treatment

While its not the rumored Doom Eternal VR Game, it is great to see another Doom title get the Virtual Reality treatment as id Software has announced Doom 3: VR Edition is coming to PS VR. 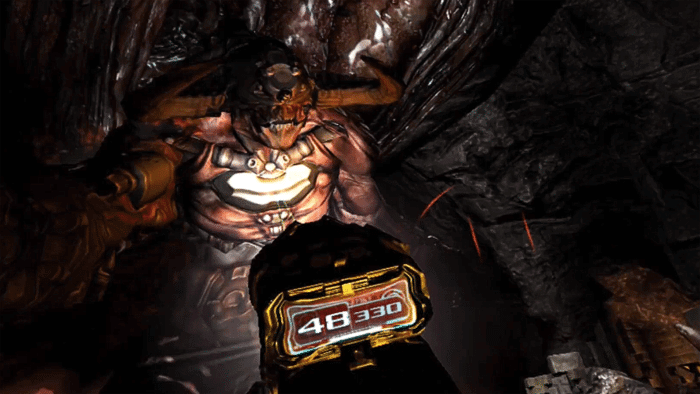 Doom 3: VR Edition will land on PlayStation 4 and PlayStation 5 through backwards compatibility on March 29.

The game features all of the content from Doom 3’s base game, as well as its two expansions, Resurrection of Evil and The Lost Mission –all of which have been retooled specifically for VR.

“Uncover the secrets of the UAC’s unholy experiments, encounter uncanny monstrosities in claustrophobic environments, and wield an arsenal of iconic (and even otherworldly) weaponry with new textures, shaders and sound effects as you survive against the forces of Hell across over 15 hours of heart-stopping action.”

Doom 3: VR Edition ensures that you’ll feel closer than ever to the horrors of the Doom world as you are now able to “peer around corners, angling your shots with flashlight-mounted weapons using motion controls, 180-degree quick-turn functionality to catch demons sneaking up from behind and an immersive wrist-mounted display to track your health, armor and ammo.”

Doom 3 originally released all the way back in 2004, and despite its name, it is actually the fifth title released in the Doom series. It is also the last new Doom title released before the reboot with Doom (2016), which also received a VR edition titled Doom VFR.

For anyone not aware of the series, the naming conventions might get a little bit confusing but to be absolutely clear –Doom 3: VR Edition is not a sequel to Doom (2016) and Doom Eternal, but rather a revamped version of the classic Doom 3 title released almost 17 years ago.

You can watch the Doom 3: VR Edition trailer right here: Naughty Dog Has “Several Cool Things” in the Works