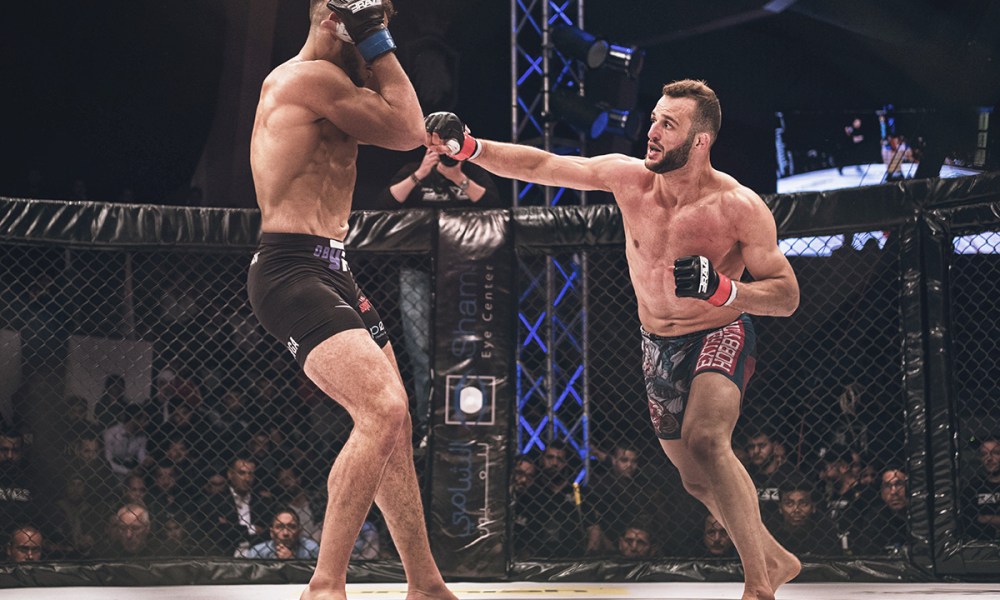 Jordan’s Al-Silawi is regarded as one of the best fighters to come out of the Middle East and North African region. The two-time Brave CF champion has won 10 of his past 11, including finishes of Abdoul Abdouraguimov, Carlston Harris, and David Bear. He most recently defeated Melvin van Suijdam via unanimous decision in a non-title middleweight bout in October.

Russian-born, Austrian-based Naurdiev went 2-2 in his UFC tenure, picking up wins over Michel Prazeres and Siyar Bahadurzada. After departing the UFC in March 2020, the 24-year-old picked up a unanimous decision over Tymoteusz Lopaczyk at EMC 5 in September.

Fighting out of France, Ayoub has won his past seven in a row en route to capturing the Brave CF lightweight title with a fourth-round finish of Cleiton Silva. He will make his first title defense against Amir, who’s coming off back-to-back wins over Yousef Wehbe and Cian Cowley.